Myanmar, formerly Burma, is the largest nation in Southeast Asia. Bangladesh, India, China, Laos, and Thailand border it on the west, north, and east. The Andaman Sea and the Bay of Bengal are on Burma’s south. The Irrawaddy River, along which most of the people live, flows through the center of the nation and provides fertile land for agricultural production. Myanmar is also known as the world’s second largest supplier of illegal opium.

The people of Myanmar have lived with warfare since 1942. The current government is under the control of a military regime that has been in power for forty years. This military regime has forcibly repressed popular democratic movements and has exploited the country’s rich natural resources, such as natural gas. These leaders’ actions have left the economy of this nation in trouble and have placed the people in poverty.

Officially, freedom of religion is allowed in Myanmar, but any group the government considers harmful to the state is harassed, persecuted, and often imprisoned. This has included Christians. Buddhism, no longer considered the state religion, is actively promoted by the military regime and most of the population is Buddhist. Through the work of early missionaries such as Adoniram Judson and others, a strong foundation for Christianity has survived. Many of the Christian nine percent are well educated and hold positions of responsibility in the country. 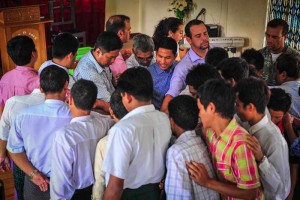 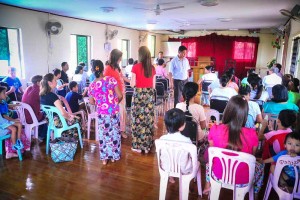 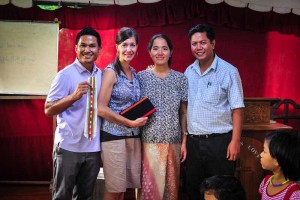